KUALA KANGSAR: THE Defence Ministry has yet to decide on the future of the Tangkas Kendiri National Service (NS) camp in Sauk.

This follows the sealing of the camp and freezing of assets of the owner after he failed to settle his debts.
This is the first such incident faced by the NS Training Department.
Its director-general, Datuk Abdul Hadi Awang Kechil, said the ministry was still deliberating on the matter and for now, all 248 trainees and 40 trainers would be divided into groups and moved to nine other NS camps around the country.
The camps are Nilam Ehsan in Bidor, Jiwa Murni in Gunung Semanggol, Teluk Rubiah in Lumut, Segari in Manjung, Sentosa Chenderiang in Tapah and Desa Rimba in Kuala Kangsar, all of which are located in Perak; the Rekreasi Belia Baling camp in Kedah; and Batu Jong in Kuala Krai and Cancun Park in Pasir Emas, both in Kelantan.
"This transfer will not affect the training programme in any way.
"I am confident the trainees will fit in well in their new camps and finish their NS programme successfully."
The trainees had completed the self-development module, while the remaining two modules -- nationhood and community service -- will be continued at their new camps.
Hadi said the department was not involved in the company which owned the camp and its debt.

"We were only renting the premises from the camp operator. We have also notified parents where their children will be based."
On May 14, the Taiping High Court issued an order to close the camp and all its assets to be frozen after the camp owner failed to settle his debts.
The camp operator, Tangkas Kendiri Sdn Bhd, had been given 14 days to settle a RM1.25 million debt to Concern Development Sdn Bhd.
Tangkas Kendiri had, in 2009, hired contractor Concern Development to build infrastructure for the camp on land leased from a private entity.
In its claim, Concern Development said it was owed RM1,248,911, inclusive of interest.
Meanwhile, the atmosphere at the Tangkas Kendiri camp was filled with sadness as trainees bid farewell to their campmates and trainers whom they had grown acquainted with over the past three weeks.
Tears were shed as the trainees hugged each another for the last time before boarding their respective buses. 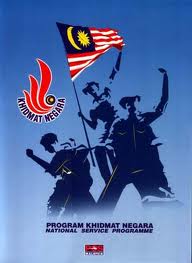 *I think this is a serious concern. How can this kind of arrangement even be allowed in the operations of National Service.
It has blown into a legal issue. This contracting and subcontracting way of doing things especially in our National Service programme should cease and desist. I know people will say there's nothing wrong in giving out contracts to run the camps....but wait a minute -- see, this is what happens.

When I read about the closure of the camp because of a legal issue, I thought this is so crazy. Are they all serious about running a good credible programme? Are we so short of ideas on how to run the programme?


If this kind of thing is not checked and be allowed to go on, I dare say, we'll see a lot of problems cropping up. 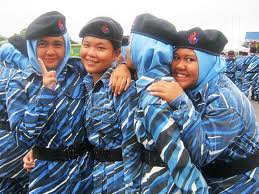 Nuraina,this is the first time I have heard that the defence ministry was renting the NS training camps from private contractors.This must be a joke as the ministry has been able to spend billions on submarines that cannot dive.And they cannot afford to build their own camps.Or is this just another add on to the long list of cronism.

NS is a long term strategy and project of the defence ministry and the GOM,and will be here for a long time.So why want to rent instead of building their own.Afterall the government has vast land banks and reserve forest.

And what about the instructors.Are they being subcontracted too.Or are they trained personnels from the armed forces.Every now and then,there is news out from the NS camps of serious injuries and deaths of trainees.This is something one do not hear often in other countries.

It is time the defence ministry take a serious look at the NS camps.Maybe a reshuffling of the ministry will shake up the half past sixes.

In the US in such cases,there will be miles of lawyers lining up to get clients.Laywers will be having a field day sueing the government.

precisely -- i just don't get it. how this has been the way the NS is run all this while is unacceptable.

Are they really serious about NS training?

Really half past six...