But he might as well be Donald Duck. But that would be an insult to Walt Disney's creation.

It is unbelievable how this nut got to be where he is today in the US political election process or structure or whatever.

This crackpot is taking America back to the dark ages. I know I've said this before in my comments in social media on the election campaign and I'll say it again -- all the hard-fought battles won by Americans in the past -- from the founding fathers to latter-day leaders - for civil liberties and so on have come to nought if this sad excuse for a lack of GOP leader comes to power.

"I never admitted there was fraud": Arul Kanda

1MDB president & group executive director Arul Kanda has issued a statement to clarify an earlier statement he made a few days ago.
"I refer to various commentary on my recent statements regarding the possibility of fraud in relation to 1MDB. In particular, I must clarify that I had never “admitted there was fraud” as has been mistakenly alleged by variouspersonalities and subsequently wrongly reported by certain media. What I did say is that, given the content of the 12 April 2016 statement by the Office of the Attorney General of Switzerland, 1MDB must now be open to the possibility of fraud, i.e. that it cannot be discounted. It is regrettable that various personalities have chosen to “spin” my words to further their own agendas.
What is more important, in my view, is 1MDB’s firm contention on the USD3.5 billion deposits paid to Aabar BVI. 1MDB maintains that it dealt with senior executives, hence these transactions bind IPIC and Aabar PJS as corporates - bluntly put, it is an internal matter for them to resolve. 1MDB will not shy away, and looks forward to resolving this dispute with IPIC through discussion and if necessary, arbitration, in order to ensure an expeditious resolution, in the interests of all stakeholders.
In the meantime, 1MDB will continue to extend full cooperation to the Royal Malaysian Police (PDRM) in its ongoing investigations into the company. 1MDB has always maintained, and continues to maintain, that if any evidence of wrongdoing is found, then action must be taken, according to the law.”
- Arul Kanda, 1MDB President and Group Executive Director
This is from HERE
He issued this clarification because of reports like this.
Presiden dan Pengarah Eksekutif Kumpulan 1MDB, Arul Kanda Kandasamy mengulangi kemungkinan berlaku ‘penipuan besar-besaran’ dan ‘kerjasama dari pihak dalaman’ berhubung pembayaran lebih AS$3.5 bilion yang dibuat kepada firma Aabar ‘palsu’ di Kepulauan Beritish Virgin (BVI).
"Kita tidak tolak bahawa sebenarnya berlaku penipuan... penipuan besar-besaran... dan mungkin ada kerjasama dari pihak kami," kata Arul Kanda ketika ditemu-bual oleh The Edge Financial Weekly.
Syarikat International Petroleum Investment Company (IPIC) yang berpangkalan di Abu Dhabi dan anak syarikatnya, Aabar Investments PJS baru-baru ini mengisytiharkan bahawa mereka tidak mempunyai sebarang kaitan dengan firma syarikat yang diperbadankan di BVI dengan nama Aabar Investments PJS Limited (Aabar BVI).
Jawatankuasa Kira-kira Wang Negara (PAC) dalam laporannya mengenai 1MDB juga berkata tidak ada bukti bahawa Aabar BVI yang dinamakan sebagai Aabar Ltd dalam laporannya, mempunyai hubungan dengan IPIC atau Aabar Investment PJS.
1MDB membayar RM4.24 bilion (kira-kira AS$1.367 bilion) kepada Aabar BVI sebagai deposit keselamatan pada tahun 2012, tanpa kelulusan lembaga 1MDB pengarah.
Dalam temu bual itu, Arul Kanda juga bercakap mengenai keinginannya untuk bersara dari 1MDB dan bahawa isu di dana itu bukan isu mengenai dirinya. -Malaysiakini (BM) 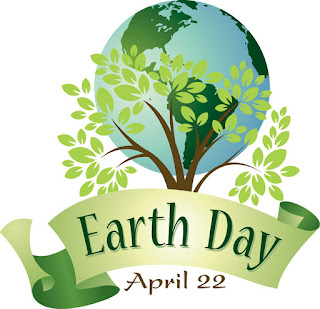 Today is April 22.
In case you didn't know, it is Earth Day.

Okay,  shoot me for laying off blogging for a bit.

Now, before you pick up that gun of yours, hear me out.

I have a good reason - lil ole me had no heart to say the truth. Nothing but the truth.
These fingers were really so itching to rant and rave about what's going on -- this "shameless power struggle " - in Malaysia  as fellow blogger Anak Si Hamid so aptly puts it.

Yeah, the fingers were itching to smack the keyboard.

So, today I decided that it would be a good day to restart my engine.

Earth Day seems to be a good topic to resume with.
Yes. I want to talk about Earth Day because I have this seething unadulterated raw contempt for greedy developers and corrupt government officials.
Their unholy alliance to strip and rape earth's bounty.

Yeah. who doesn't have contempt for them?
If I had superpowers, superhuman powers, megapowers, I'd zap them all from the face of this good earth.
They are scums of the earth.

Do you know how it all began?


Each year, Earth Day—April 22—marks the anniversary of the birth of the modern environmental movement in 1970.
The height of counterculture in the United States, 1970 brought the death of Jimi Hendrix, the last Beatles album, and Simon & Garfunkel’s “Bridge Over Troubled Water.” War raged in Vietnam and students nationwide overwhelmingly opposed it.
At the time, Americans were slurping leaded gas through massive V8 sedans. Industry belched out smoke and sludge with little fear of legal consequences or bad press. Air pollution was commonly accepted as the smell of prosperity. “Environment” was a word that appeared more often in spelling bees than on the evening news.
Although mainstream America largely remained oblivious to environmental concerns, the stage had been set for change by the publication of Rachel Carson’s New York Times bestseller Silent Spring in 1962.  The book represented a watershed moment, selling more than 500,000 copies in 24 countries, and beginning to raise public awareness and concern for living organisms, the environment and links between pollution and public health.
Earth Day 1970 gave voice to that emerging consciousness, channeling the energy of the anti-war protest movement and putting environmental concerns on the front page.
See more HERE
Politics does demonic things to otherwise good people, at worst. At the very least, politicians have memory lapses. Kinda selective amnesia.
I'd expect our wakil rakyat to fight against overdevelopment or rampant overdevelopment of urban areas and hillsides and so on.
But no... greedy developers are happily destroying our cities and countryside .
You see buildings upon buildings of apartments, condominiums and office lots mushrooming or wantonly constructed not only in cities but in urban neighbourhoods.
Tell me -- what good has building them done for the people and to the country, the economy.
Has that generated employment, improved the economy, stabilised property prices?
I did say "wantonly".
What all this has done is really to enrich greedy developers and corrupt government officials.
And the wanton rape of hillsides and greenery in urban and the countryside.
I am pointing my finger at you -- you greedy developers and corrupt government officers/officials.
Enough said.