Get Them Criminals And Make Us Feel Safe (Again)...


What happened to Dickson Wong could happen to you, your child, or a loved one.

It does sound like a cliche but I daresay that we are now living "in dangerous times". No exaggeration. I will tell you why later.

The 22 year-old student died of head injuries sustained during a robbery in an alley in Taman Mayang, Petaling Jaya early Saturday (Oct 26) morning. He died without regaining consciousnes.

He was attacked by four men on two motorbikes. Passersby found him and took him to hospital.

Dickson was from Sibu, Sarawak. The criminals took all his belongings that he was left with no identification card. He was only identified the following day. His family was only made aware of
the attack on him through the newspapers.

But they managed to be with him at the hospital.

We all should be able to relate to this story, because we either have a brother, a nephew or a son -- just like Dickson.

So why do I say that we are living in "dangerous times"?

For one -- there have been so many cases of violent snatch theft and robbery that we have begun to look at everything around us just to know why and to find answers so that we can avert, avoid and prevent....
We all have been made to feel so unsafe and helpless.

And Dickson's case shows that the situation is not getting any better.

I don't have to cite cases. We have read them in the newspapers - print and online, or on  crime awareness and crime prevention websites. You have known some victims personally. Or like me -- you have been a victim yourself.

As for the police -- well, I know that they have said many things. I won't go into that because it will be like a broken record.

I do know that they have, under the NKRA to curb crime, install several features in housing estates to make it safer.

For instance in Taman Tun Dr Ismail where I live, we have more street lights and safety fences along main roads.

I'm not sure if these have helped to reduce the crime rate in our neighbourhood. But judging by the occurrences of break-in, snatch theft and robbery...

But the very good thing about TTDI is that we have a very proactive residents' association and police team who work closely together.

Also the residents themselves as a whole are a concerned lot and are active on their neighbourhood  watch website.
Most of them look out for each other.

Apparently this is not enough because TTDI continues to be a favourite target of snatch thieves and burglars -- as are some other neighbourhoods.

So, my question is -- Why is there no stopping these criminals? Why do we feel that no where is safe in the Klang Valley (and elsewhere in the country,I might add).

Some people blame drugs/drug abuse. Others feel we are victims of our own success -- affluent communities invite bad hats.

And then, of course, some blame all the ills on an inefficient police force.

We can blame everyone and everything under the sky and till the cows come home, can't we?
I don't have the answers.

But the reality is, these cases seem to be happening almost every other day. Just look at the statistics,

We despair over these cases, especially the fatal ones.

The other day, I attended a gathering of TTDI women residents and an officer of the Brickfields
police (because TTDI comes under Brickfields) on "Amanita" - an initiative under the NKRA to have home-makers (housewives) be the eyes and ears for the police in curbing crime.

The rationale is that these ladies are often at home while most others are at work and therefore can see the goings-on in their neighbourhoods.

I don't quite agree entirely but that will be in a later posting.

The lady officer -- Puan Azlin -- spoke on how we all have to do our part to prevent crime. How we must always be alert, be careful and cautious at all times, install safety and security features at our home including having a hailer or have with/on us safety gadgets such as angel alarm for our kids, pepper spray, as examples.

Frankly, it was nothing (except that Angel alarm for our kids and the hailer at home) that I have not heard or been advised before.

To be honest - at this point in our lives -- we are doing all that and more. Come on.

How much more? We have made our homes into fortresses,. Yet we are violated.

We take care not to walk along lonely and dark streets. Yet we are attacked.

We lock our car doors and hide our handbags. Yet we are attacked at traffic lights.

We are neither safe on the streets, in the park, in the neighbourhood, in our car and worse of all, in our own homes.

So, don't keep telling us to be careful and to do this or that.

Tell us that YOU are going all out to catch the criminals. To hunt them down. No rest until you nab them.

Tell us too that the task force you have set up is already in action to do this. To come down hard on these criminals that have been getting away with murder.

Let me relate to you my sister's case. It was in section 16, PJ where my sister, Nina and her family live. It happened late last year. She and her 16 year-old daughter were attacked right in front of the gate of their home by four guys on 2 motorbikes.

These guys came to both sides of the front windows of Nina's car. They smashed the windows.

Mother and daughter (who have basic martial arts skills) put up a fight but were no match to their armed assailants. Both sustained some injuries but were more shaken than anything

My sister found out later that the neighbours living on the other streets had all been victims.

Yet, no real action had been taken by the police to prevent recurrences.

The attack on my sister and daughter was just waiting to happen.

What was more disappointing was the fact that my niece managed to locate her snatched IPod using ICloud.

You'd think that with this information, the police would have taken follow-up action.

Sorry. But none whatsoever.

Sometimes I wonder what is the police stand on this besides their official one.

I'm sure they care and are concerned.

My point of view: that the bad guys have no fear of the police. Emboldened further by their drug-induced state, I imagine.

To the police -- declare war on these crimes that have made Malaysians feel absolutely unsafe to a point that many have joined in the chorus saying that Malaysia is no longer safe.
We know, of course, that Malaysia is still a very safe country.

Yet, why do we feel that nowhere is safe -- not even neighbourhoods that are considered "safe" and "nice"?

Call to arms, if you must. I will support the police on this.
Desperate times call for desperate measure.

We have the right to security and safety in our homes, streets, neighbourhoods and playgrounds.

We have done all we could to protect ourselves and our families. But, clearly there is just so much we can do.

In the process, we have become a frightened and helpless lot, resigned to have our homes and personal security violated.

Consider a "wise" advice -- to leave some valuables including your car keys in your living room  within sight of any intruder so that they'd be satisfied and not angrily invade your bedroom for what they could not get. How scary is that?

To the police, I ask - will you regard Dickson's case as just another snatch theft? Will his case be consigned to your dusty brimming files?

Will you hunt down his perpetrators?

Dickson had so much to live for.

His death should serve a purpose so that he would not have died in vain.

But I suppose that maybe too much to ask.

Posted by NURAINA A SAMAD at 12:46 PM No comments: 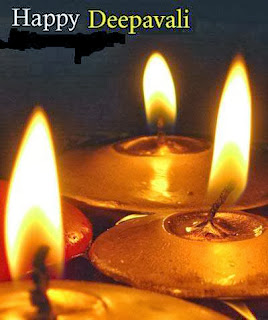 To my Hindu brothers and sisters...
Posted by NURAINA A SAMAD at 7:07 PM No comments: